Breath Tests Down But Road Deaths Up 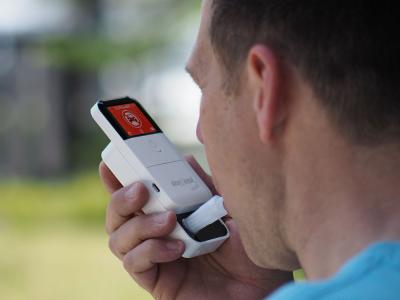 Just 320,988 breath tests were carried out in England and Wales last year, according to the annual Police Powers and Procedures Report, published today.

The news comes as an FoI request by AlcoSense Breathalysers shows that Government spend on drink drive campaigns has been slashed by three-quarters over the past decade.

“Drink drive deaths have increased by 25% in two years, a result of lower investment in education and fewer breath tests by Police,” comments Hunter Abbott, Managing Director of AlcoSense Laboratories.

“Drink driving, whether unintentionally the ‘morning after’ or on the evening itself, ruins the lives of innocent victims as well as the drivers themselves.  Motorists should test themselves to make sure they’re clear before getting behind the wheel.

“The Government are not doing enough to tackle the scourge of drink driving”.

A DfT report published in August* showed that 250 people were killed in road accidents in 2017 where at least one motorist was over the drink drive limit – compared with 200 such deaths in 2015.

The number of serious casualties also increased over the same period from 1,170 to 1,380.

Hunter Abbott is a Member of the Parliamentary Advisory Council for Transport Safety (PACTS).