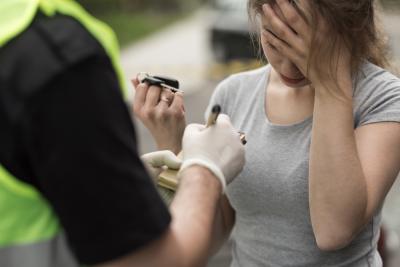 A Government report published today shows that 230 people were killed on Britain’s roads in 2019 where the motorist was over the drink drive limit.

“The fact that testing is at its lowest level on record should be ringing alarm bells.  Police carried out just 285,380 roadside breath tests in England and Wales in 2019 – less than half the number in 2008.

“All convicted drink drivers in Northern Ireland are now automatically referred to a rehabilitation course – to educate them on the potential consequences of their actions.  This should be introduced in the rest of the UK as soon as possible.

In a poll conducted by AlcoSense, over a third of motorists (36%) think their ability to drive is only impaired if they are actually over the legal drink drive limit.

But you are THIRTEEN times more likely to be involved in a fatal crash if you are at, but not over, the limit in England, Wales and Northern Ireland.

Even with 10mg per 100mL of alcohol in your blood (one eighth of the limit) it is 37% more likely than when completely sober, research shows.

Hunter Abbott is a member of the Parliamentary Advisory Council for Transport Safety (PACTS).