Driving under the influence increased by 23% 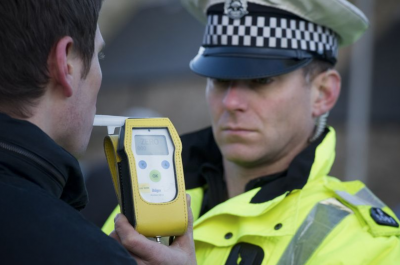 Driving under the influence (DUI) has increased by a shocking 23% compared with last year, according to the latest report from the Scottish government.

Recorded Crime in Scotland figures published today show that 8,097 DUI offences were recorded by Police in 2020/2021, up from 6,594 in the previous twelve months.

The figure is even 9% higher than 10 years ago, despite increased awareness of the dangers of drink and drug driving.

A recent poll by personal breathalyser firm AlcoSense found that 39% of Scots admitted their alcohol consumption increased during lockdown.

“With pubs and restaurants closed, people were drinking more at home and then finding themselves still over the limit the next morning”, comments Hunter Abbott, MD of AlcoSense.

“If you drink four pints of medium-strong beer or four large glasses of wine, it can take as long as 14 hours for the alcohol to clear your system”.

The poll also found that a third of Scots (34%) think their ability to drive is only impaired if they are over the legal drink drive limit.

But with just 10mg (0.10‰BAC) of alcohol in your blood (one fifth of the Scottish limit) you are 37% more likely to be involved in a fatal crash, according to scientific research.

However, a recent study published in the Journal of Health Economics suggests there has been no change across all types of accidents involving alcohol following the introduction of the stricter limit.

“Even a small amount of alcohol slows your reaction time, inhibits judgement and reduces both concentration and co-ordination - increasing the likelihood of an accident,” adds Hunter Abbott.

“Motorists should either abstain completely or use an accurate personal breathalyser to check they are clear the following morning”.