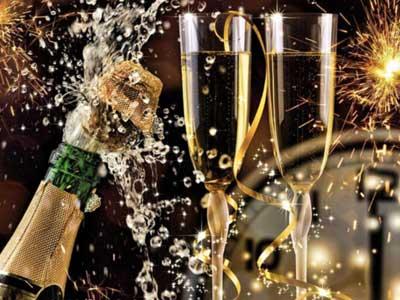 A new survey has found that 44% would drive before 11am, despite drinking five large glasses of wine or five pints of medium-strong beer on New Year’s Eve.

Over a fifth (22%) would drive before 9am, according to the poll by AlcoSense Breathalysers.

Just one in six (17%) would wait until noon, which is the time they are likely to be completely clear of alcohol if they stopped drinking at 1am.

Almost 20% of drink drive convictions are the morning after the night before, and a third of all breath tests after an accident are conducted between 7am and 1pm.

Whilst two-thirds (64%) of motorists understood the importance of allowing enough time for alcohol to clear, it seems the old myths still prevail.

Nearly half (49%) thought a good night’s sleep was one of the best ways to sober up before driving. Eating a hearty breakfast was mentioned by 40%, whilst 24% said a strong black coffee would help.

“It takes about an hour to break down one unit of alcohol, and there’s nothing you can do to speed up the rate it leaves your system,” comments Hunter Abbott, MD of AlcoSense and a member of the Parliamentary Advisory Council for Transport Safety.

“Caffeine doesn’t work, nor does sleeping it off or taking a cold shower the following morning”.

The survey found that 70% of motorists were planning to celebrate New Year’s Eve with alcoholic drinks this year – but the vast majority of them (90%) did not intend to drive home the same evening.

One in seven (14%) said they would be staying the night where they were, and a similar number would catch a taxi or minibus. One in eight will walk home, whilst 38% won’t be going out at all – preferring to see the New Year in at home.

However, a reckless 2.5% said they would be driving home regardless of how much alcohol they’d drunk - that’s one in every 40 motorists.

Note: AlcoSense surveyed 2000 drivers who drink alcohol at least once a week and who also celebrate Christmas/New Year, between 26 November and 3 December 2018. Research carried out by OnePoll.