Festive drink-drive numbers rise by a third in Scotland 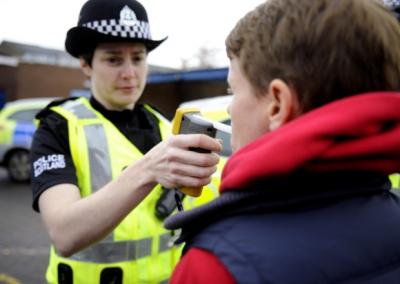 The number of people caught over the legal limit in Scotland over Christmas and New Year rose by a third, despite a fall in overall drink driving figures, reports Fleetworld news.

Latest figures from Police Scotland show that out of the 16,225 people tested between 3 December 2015 and 1 January 2016, 459 were found to be over the limit – equating to around one in 35. During the same period over the previous festive season it was 1 in 50, following the introduction of a new drink-drive limit in December 2014.

The seasonal spike is in stark contrast to the general downward trend of drink driving as new data shows that 7.6% fewer drivers were caught over the limit in 2015 compared to the previous year.

Justice Secretary Michael Matheson said: “Of the 459 drivers caught drink driving just 19 were found to be between the old and new limit. This shows that the majority of those caught are well over the limit which is why we are working with Police Scotland on enforcement campaigns like this to crack down on this persistent minority.”

In response, Gary Rae, director of campaigns and communications for road safety charity Brake, added: “It’s deeply disappointing that so many drivers have seen Christmas as an excuse to risk not only their lives, but other road users’ lives too.  Drink driving is still one of the biggest killers on our roads with one in seven road deaths in UK caused by a driver who was over the limit.

“The figures are especially disheartening when compared to the lower figures of Christmas 2014, and the reduced numbers of people caught drink driving in 2015 as a whole after Scotland lowered the legal drink drive limit the previous year.”