~ and you’re more likely to be caught whilst on holiday~ 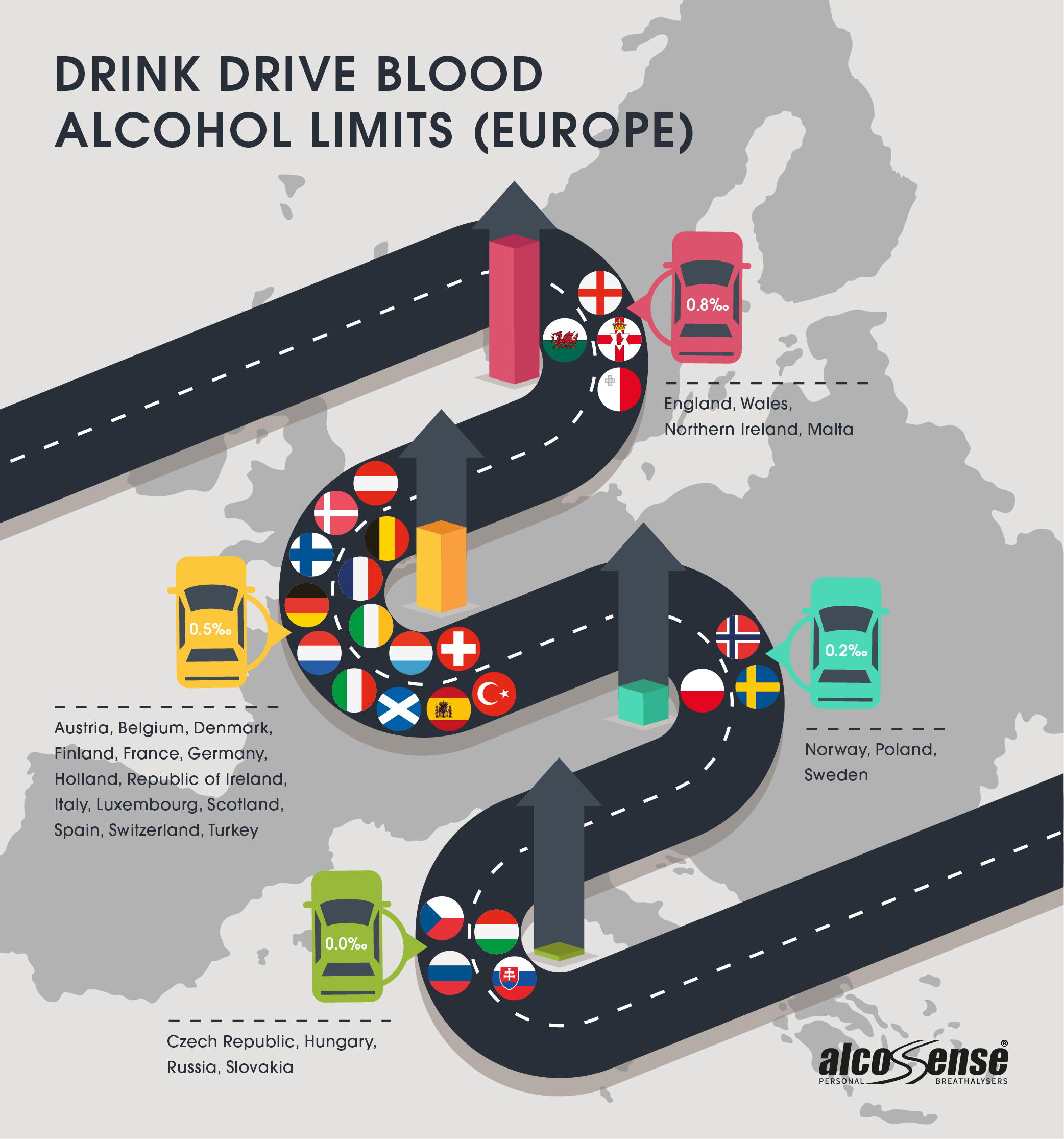 British motorists planning to drive abroad this Summer are being warned that the drink drive limit in England & Wales is higher than anywhere else in Europe – apart from Malta.

The English and Welsh limit is 0.8mg of alcohol per mL of blood (0.80‰BAC).  However in most European countries including France, Germany, Italy and Spain – as well as Scotland and the Republic of Ireland – the limit is 0.5mg (0.50‰BAC).

And in the Czech Republic, Hungary, Slovakia and Russia there’s zero tolerance.

Taking a personal breathalyser with you on holiday removes the guesswork about whether you’re clear of alcohol,” comments Hunter Abbott, managing director of AlcoSense Laboratories.

It's far easier than you think to still be under the influence the morning after a few drinks the night before.  If you drank four pints of medium-strong beer or four large glasses of wine, it could take as long as 14 hours for the alcohol to clear your system.

This is especially important when extra care must be taken driving on the opposite side of the road”.

You’re also far more likely to be stopped and breathalysed by Police abroad.

The AlcoSense Excel breathalyser can be adjusted by the user to any limit worldwide, whilst the AlcoSense Pro comes with a pre-loaded database of European, US and Australian limits.

When driving through France, you are also obliged by law to carry a single-use breathalyser in your car that is NF approved (the French version of the British Standard Kite Mark).  These can be purchased at Halfords.

This is in addition to high viz jackets for each occupant of the car;  a warning triangle;  spare bulbs;  a GB sticker;  and headlamp beam deflectors – all of which carry fines for non-compliance.