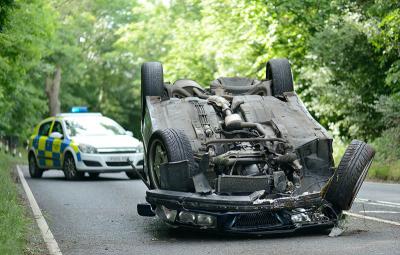 Motorists are being issued with a drink-drive warning as Police gear up for their annual Summer crackdown.

The number of roadside breath tests carried out in June is higher than any other month apart from December.

Analysis of Home Office data by breathalyser firm AlcoSense shows that, over the past five years, the average number of June breath tests carried out by Police in England and Wales was 42,996.

This compares with 28,173 for an average month (excluding December) - a 53% increase in testing.

Almost a fifth of drink drive convictions are ‘morning after’ and a third of all breath tests after an accident are conducted in the morning (between 7am and 1pm).

“This year, there’s the added factor of emerging from lockdown with people heading back to the pub.

“With warmer weather on the way and live sporting events back as well, June is when motorists are more likely to unintentionally drink drive the morning after socialising – posing a risk to themselves and other road users”.

We’ve also been drinking more alcohol during lockdown.  In a recent poll carried out by AlcoSense, 44% of respondents in England, Scotland and Wales admitted their consumption had increased.

The number of people killed in road accidents where the driver was over the drink drive limit is the highest since 2009.

Figures released by the Department for Transport in February estimated there were 280 such deaths in 2019.