More than twice as likely to be breath-tested in December 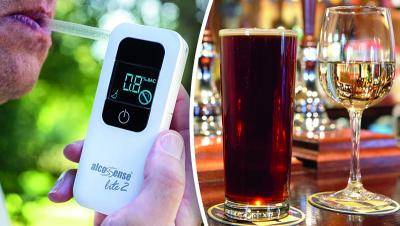 Drivers are being warned they are more than twice as likely to be breath-tested in December than any other month.

In December last year, Police stopped 48,804 motorists on suspicion of drink driving.  The average for the other 11 months across England and Wales was 23,043.

But analysis of Home Office data by AlcoSense Breathalysers shows huge variations around the country.

In North Wales 3,964 motorists were tested last December, whereas in Wiltshire it was just 31.

There were also big discrepancies in the percentage of motorists failing their breath test.

In Northamptonshire, the county with the highest number of tests in England (2,957), the failure rate was just 2%.  Whereas in Cambridgeshire, where 1,070 tests were conducted, a worrying 30% were over the limit.

“We might be going to fewer Christmas parties this year, but several studies show that people have been drinking more alcohol during lockdown,” comments Hunter Abbott, MD of AlcoSense Laboratories.

“The increase has been driven by job uncertainty and pandemic anxiety, fuelled by the rise in at-home drinking where measures are more generous than a pub or restaurant.

“This trend makes it more likely that people may get behind the wheel and drive with alcohol still in their system the next morning.  Even a small amount of alcohol slows reaction time, inhibits judgement and reduces concentration – increasing the likelihood of accidents.

“One in five drink drive convictions are in the morning, but using a personal breathalyser takes the guesswork out of knowing when alcohol has cleared the morning after the night before”.

The Metropolitan Police area of Greater London topped the table of positive breath tests, with 412 drivers caught over the limit last December.

Nationally there were 8,860 injuries last year due to a driver being over the limit, including 240 deaths.