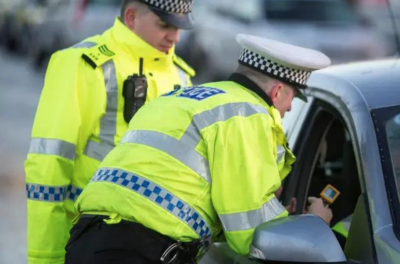 The managing director of AlcoSense Laboratories has called for the drink drive limit to be reduced by three quarters to remove ‘legal but lethal’ drivers from our roads.

In an opinion piece for the Road Safety GB website Hunter Abbott argues that it should be lowered to 0.20 ‰ - pointing out that the current limit is the highest in Europe and the joint highest anywhere in the developed world.

In European countries such as Ireland, Germany and Spain the drink drive limit is 0.50 ‰BAC (and lower at 0.20 ‰BAC for commercial and novice drivers).  In Poland, Sweden and Norway it is 0.2 ‰BAC for all drivers and in the Czech Republic, Hungary and Romania the limit is zero.

“Our limit of 0.80 ‰BAC is far above the ‘point of intoxication’ of around 0.30 ‰BAC where significant measurable effects on cognitive function start to occur” says Mr Abbott.

“The bottleneck which is stopping us from reducing drink drive crashes further is the keystone of our drink drive law - a lax limit based on deficient scientific data in the 1960s to define what was ‘safe’.  More recent and robust research shows at 0.80 ‰BAC you are 13 times more likely to have a fatal accident than when sober.  In Scotland, with its lower limit of 0.50 ‰BAC, a fatality is still five times more likely”.

An estimated 6,480 people were killed or injured on Britain’s roads in 2020 (latest figures from the Department for Transport show) where at least one driver was over the drink drive limit.  This includes 220 fatalities, with drivers over the legal limit causing 15% of all road deaths.  The number of casualties caused by drivers who are intoxicated but legal to drive is not recorded, but is thought to balloon this figure significantly.

“How many casualties could have been avoided if the driver were below the point of intoxication, instead of lethal but legal”, adds Mr Abbott, who is also a member of the Parliamentary Advisory Council for Transport Safety (PACTS)

“That’s why I’m calling on the Government to reduce the limit to 0.20 ‰BAC.  It’s low enough so that someone can have a small drink with a meal in a restaurant and drive an hour later.  It also gives a ‘buffer’ against contaminants which could, on very rare occasions, give a low level false positive reading from a breathalyser.

“It’s a ‘safe’ and practical limit to Police and with the right educational programme around it, one which I’m sure most responsible road users would support”.

David Davies, Executive Director of PACTS commented: “Driving while legal but lethal is an area of great concern.  PACTS has consistently called for a lower legal limit.  Laws help to set social norms, as we have seen with bans on smoking in public places.  PACTS also wants to see better enforcement by the police and the use of alcohol interlocks to prevent reoffending”.

“We support lowering the blood alcohol limit and, as a first step, would like to see the Government bring the limit down from 80mg in 100ml of blood to 50mg.  This limit would then be in line with most European countries.”