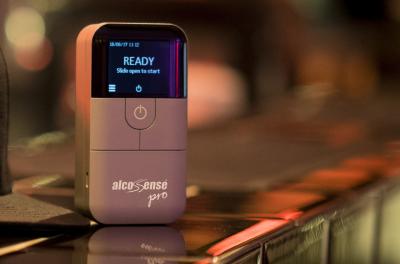 With Police Scotland set to launch a drink drive blitz on Monday 5 July, motorists are being warned that the ‘morning after’ can be just as dangerous as the night itself.

Forty per cent of all breath tests conducted by Police are between 6am and 1pm.

If you drink four pints of medium-strong beer or four large glasses of wine, it can take as long as 14 hours for the alcohol to clear your system.

In a recent poll conducted by breathalyser firm AlcoSense, a third of Scots (34%) think their ability to drive is only impaired if they are over the legal drink drive limit.

But with just 10mg (0.10‰BAC) of alcohol in your blood (one fifth of the Scottish limit) you are 37% more likely to be involved in a fatal crash, according to scientific research.

“Even a small amount of alcohol slows your reaction time, inhibits judgement and reduces both concentration and co-ordination - increasing the likelihood of an accident,” comments Hunter Abbott, MD of AlcoSense.

In a separate poll conducted to mark the five year anniversary, 53% of Scottish motorists claimed to have reduced the amount of alcohol they drink, when they know they are driving either later the same day or the following morning.

The study of 1000 people living in Scotland found that two thirds of motorists would not drive even after one alcoholic drink, whereas prior to the law change they would have driven after one or two drinks.

The Summer crackdown comes with the easing of lockdown restrictions in sight - as people head back to the pub, attend live sporting events and enjoy BBQs in the back garden.

Scots have also been drinking more alcohol during lockdown.  The AlcoSense poll found that 39% of respondents in Scotland admitted their consumption had increased.

There were 3,385 convictions in Scottish courts for driving under the influence in 2019/2020, compared with just 463 for using a mobile phone in the car.

“Motorists should either abstain completely or use an accurate personal breathalyser to check they are clear the following morning”, adds Hunter Abbott.